Drying process of the dryer for sea fish

When salvaging, you should salvage mature fish species, and should avoid salvaging sundries as much as possible, otherwise it will be difficult to deal with the sundries later.

According to the size of the fish, you could adopt three forms to slice the fish, that is dorsal, ventral and ventral opening method. The dorsal opening method is generally used for large and thick fish. When cutting, the knife is inserted from the second scale under the dorsal fin of the fish, and when the knife reaches the skull of the fish, and then you can cut it from the middle of the skull. Remove the internal organs and tooth mounds, and gently scrape off the blood stains on the spine and the black mucosa in the abdomen with a razor blade. If the fish body is large, you should cut the fish under the back bone and the other side of the meat thickness, so that the salt water can easily penetrate.

If the fish is small and the flesh is thin, abdominal dissection method can be adopted. that is, the knife is inserted in the middle of the fish belly, and the fish is cut into two pieces symmetrically. If the ventral side is cut, it can be cut below the midline of the fish body, up to the periphery of the fish eye, down to the tail anus. After dissection, the internal organs are removed.

After the dissection and before the blood has been coagulated, using a brush to wash off the blood and mucus one by one in clean water, put the fish in the basket, and then drain the water.

The salt should be added according to the size of the fish, generally 18-24 kg of salt for 100 kg of fish. The salt will be less used if it is in the winter and spring, while summer and autumn will use more. When marinating, rub the salt evenly on the fish body, gills, swallowing knives, eyeballs and fishing holes. Put it in the pickling pool with the meat facing up and the fish scales facing down. The fish head should slightly put lower, and the fish tail should slanting upward layer by layer. When the fish is stacked to the height equal to the pool mouth, you can continue to stack until it over the height of the pool mouth by 10-15 cm. After 4-5 hours, when the fish body shrinks to be flush with the pool mouth, add a layer of sealing salt and cover the surface with bamboo pieces, and then press the stone on it. Immerse the fish in brine to fully for absorbing the salt and removing the water. It could prevents flies and avoid from producing maggots on the fish in summer. 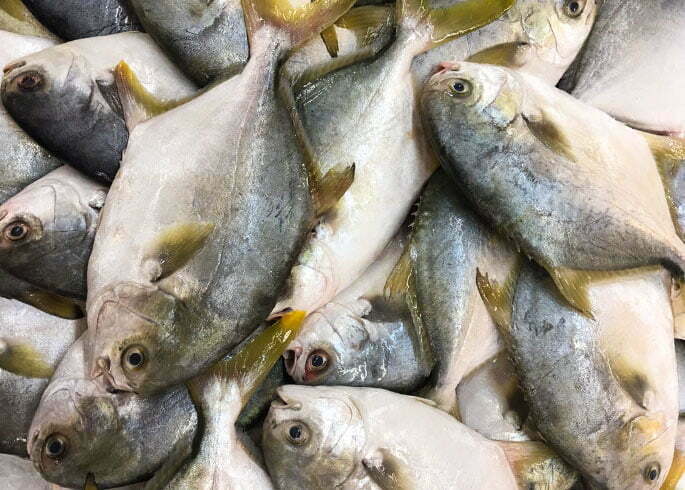 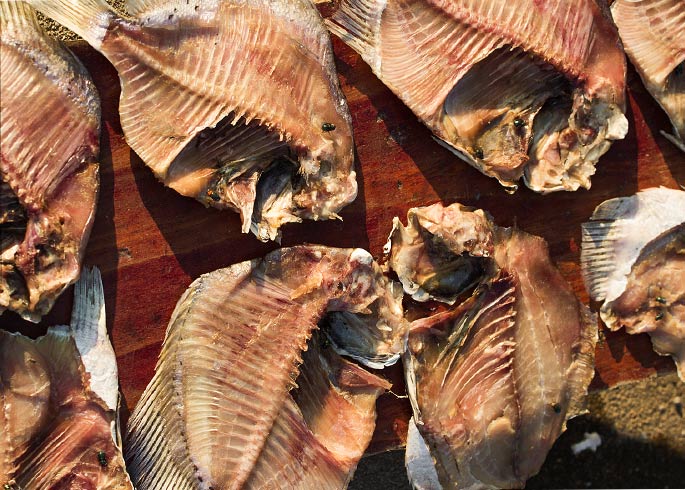 Wash the fish to remove any contamination on the fish, drain the water and place it on a special drying tray. Put the fish into the heat pump drying room. In general, the drying time of marine fish is about 22-28 hours.

Drying process steps of chrysanthemum dryer
Scroll to top
Write to us or give us call.